Kilfenora – the pearl of the Burren 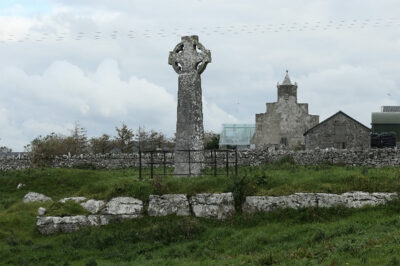 Just 10 miles inland from the Wild Atlantic Way, the ancient village of Kilfenora provides the discerning visitor with a rich array of experiences and a relaxed haven away from the crowds. Nowhere else in North Clare has so much to offer and see, both in itself and as the gateway to the heart of the Burren Geopark.

The Burren Centre is located in Kilfenora and – as Ireland’s first interpretive centre – this provides THE best introduction to the marvels of the Burren; and the Kilfenora Céilí Band Parlour imparts an authoritative account of the rich traditional music history the village is famous for. The Centre also has a craft shop and café and serves as a tourist information point.

Kilfenora has a range of other facilities for visitors – pubs, grocery shops, a top-class clothes shop, a garage and E-Whizz bikes – for guided bike tours and bike hire (especially electric).

Kilfenora Cathedral is an amazing time capsule with a long and fascinating history. Located around the cathedral is a remarkable set of ancient celtic crosses – which is why one of Kilfenora’s descriptions is the ‘City of the Crosses’. For information and pictures of Cathedral and crosses – and to learn why the Pope is the bishop of Kilfenora ­–  click here.

Kilfenora is one of few Irish villages with a Holy Well – a lovely place for contemplation. There are also various ancient artefacts around the village reflecting its long history as a historic marketplace for food and animals.

And of course Kilfenora was the setting for various hilarious scenes in the cult TV comedy series, Father Ted. Read about that here, or contact contact Ted Tours to learn more.

In the immediate vicinity of Kilfenora are some interesting places to visit. Relatively quiet country roads provide a range of pleasant walking and cycling routes.

First there are various tombs and Iron Age forts. Two of the forts are among the most remarkable in Ireland. 2km east of Kilfenora can be found the large earthworks of Tullaha fort, and also the stone fort of Ballykinvarga with its rare feature of protective cheveux de frieze (as found at Dun Aengus in the Aran Islands). You will need to check the Ordnance Survey map to find these. 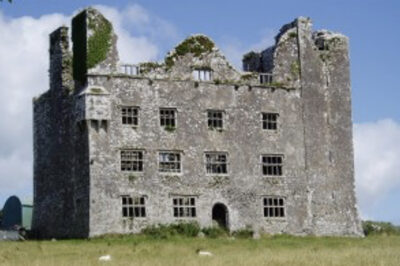 There are historic houses – Ballykeel and the Deanery – the latter is a picturesque ruin in the grounds of Kilfenora’s GAA club, with a lovely bluebell wood just by.

And then there are various castles. Some are ruins –mainly destroyed by Cromwell’s army (1649-52) – but restored Ballynagowan Castle at Smithstown is available to rent or hire. Further along the road to Corofin by the turning to Ballyvaghan is Leamaneh Castle, once the ancestral home of the O’Brien barons and, in particular, the legendary Maire Rua.

Noughaval Church, on an ancient monastic sight founded by St Mogua, is some 3km outside Kilfenora. It has interesting stone features, and a historic market stone by the entrance.

Lickeen Lake, a long and deep stretch of water, is 2 km south of Kilfenora, and provides fresh water for the area. It contains a crannog and is a haven for wildlife – including otters and large flights of swans. 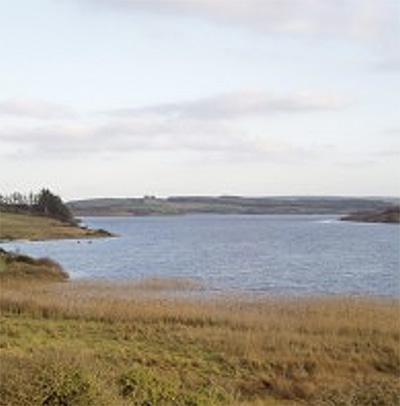 Based at Kilfenora you can visit many famous beauty spots, historic sites and interesting villages, including the beaches of Liscannor Bay and Fanore, the world-famous Cliffs of Moher and Lahinch golf-course, and the village of Doolin – the embarkation point in summer for the Aran Islands. Click here for more information and pictures.

Kilfenora is an ideal base for exploring the landscape, green roads, forts and tombs of the Burren – including Ireland’s most famous dolmen at Poulnabrone. Click here for more information and pictures.