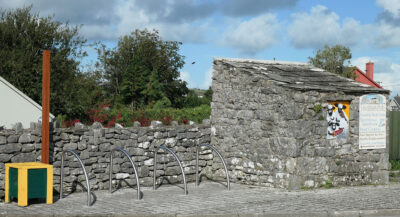 A Kilfenora community action group was established in December 2020, intended to promote the regeneration of the village and raise its profile as a place to visit, live and work. It serves as an umbrella group in representing the village to Clare County Council and state bodies such as Fáilte Ireland.

Kilfenora Development is underpinned by a non-profit company called Kilfenora Planning CLG. This enables the village to apply for and manage grant money.

The intention is to form project teams to work on various development ideas. One of the early steps taken was to revive Kilfenora’s Tidy Towns Team, and this has been instrumental in using grant money to improve the appearance of the village. Read more here.

A previous exercise in 2018 to draw up a village strategy and form an umbrella group, supported by Leader, did not unfortunately take shape and lead to action. However, in Kilfenora Development’s inaugural year, despite extremely slim resources and constraints imposed by the Covid pandemic, some progress has been made.

Periodic meetings have been held with Council officials, including the engineers department, in order to seek improvements in Kilfenora’s infrastructure and signage. Councillors Garrihy and KiIleen have taken a supportive interest.

Following a public meeting in the Hall on 15 March 2022 and subsequent consultation, a detailed submission of the village’s needs was submitted to the Council for inclusion in the County Development Plan. As yet the Council has not responded, and other important requests we have submitted have not been met, for example regarding road safety on approach routes. Nonetheless there have been some positive developments. 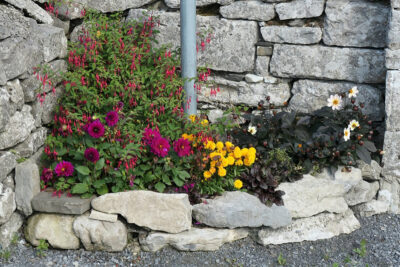 Alongside these steps, the Community Hall and Burren Centre have also obtained grants to effect improvements.

There is much more to be done. Kilfenora, despite its many attractions, remains very much a poor cousin in terms of work to increase economic prospects, tourism etc.

So there is plenty to discuss and do as we head towards 2023!